Who are we and from where have we come 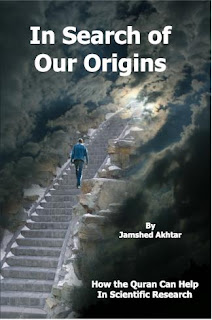 Who are we and from where have we come? How did the universe, the earth, life and time itself begin? What came before it, and what lies beyond this universe? From time immemorial, these queries have fascinated scientists, philosophers and theologians alike. For some of us, the answers lie in metaphysical speculation, often based on our religious beliefs, while for others, they are derived from the scientific method involving investigation, observation and conjecture. Whatever the means, this eternal effort to satisfy our curiosity keeps the search for our ‘origins’ under intense discussion and debate. Astronomers, physicists, microbiologists, biochemists, genetic scientists, palaeontologists, paleoanthropologists, archaeologists and creationists of various hues are involved in this dialogue, but to date, no one seems to have perfect answers that can satisfy the rational majority.

Into this arena of views and counterviews, where diverse disciplines collide and coalesce, a plausible thread of information from an entirely different window is presented. By taking up research issues that have relevance for all, an attempt is hereby made to demonstrate how ‘revealed knowledge’ can help in these scientific investigations that are occurring globally.

In a research work, titled 'In Search of Our Origins' more than hundred hints and pointers regarding the origin of life and the birth of humans are presented from the Quran which reveals information about events that lie beyond the periphery of scientific vision. These hints are extracted from the original text, and the information presented can be easily checked through the commonly available Arabic dictionaries and encyclopaedias.

The hints seem to tell us how the first molecule of life arose on the planet, what was the mechanism involved, where the event occurred on the primeval earth, and what did happen subsequently.

The pointers then tell us how the life is linked to man, how the first man and his mate were created, where they were nurtured initially, and when and where did they appear on the earth.

The researcher argues that the phenomenon of revelations is extraterrestrial, and presents a mechanism for verification of the information. He claims that investigation of this data has the potential to permanently lay at rest the debate between creationists and evolutionists.

Scriptural knowledge as a guidance in scientific research

For the majority of scientists, the credibility of revealed knowledge is often suspect and is based solely on one’s faith. These venerable intellectuals do not believe that religious scriptures, either eastern or western, can possibly have such potential. Categorizing the scriptural contents as ‘supernatural stories’, they simply ignore this window of information and do not consider it worthwhile to investigate, assess or evaluate the benefit of their potential. This problem is further aggravated by the presence of a chaos-and-order design in the development of world, where chaos is at present ruling the realms under the sway of the Quran, which incidentally happens to be the latest scripture among the monotheistic religions. Western society, which is the primary torchbearer of science in the modern world, naturally accepts only the books of the Bible as the sole source of revealed knowledge, and refuses even to look at other scriptures as being of any value. On the other hand, generally those who have paramount belief in the non-human origin of the revealed knowledge in the Quran do not have the enormous information base required to comprehend the complexities inherent in such a source of revealed knowledge. After the voluntary freeze in its dynamic interpretation brought about by the Islamic community around a thousand years ago, most of the knowledgeable ones - the Ulema of today - restrict the information content of the Quran to bare ritualistic practices and basic guiding principles or instructions for everyday social and economic activities. Any interpretation of the Quran that goes beyond the traditional one thus gets rejected by both the eastern and western worlds alike, amidst allegations of pseudo-science or statements like, ‘ Scriptures from the heavens do not need certificates from science’, etc.

One very positive aspect arising out of the current worldwide confrontation among various faith communities is that apathy towards religion is vanishing. Most of us are baffled and confounded by the global clash among people following different religions. We want to find explanations and reasons, and to know more about the diversity and relevance of ‘religion’. Almost everyone is interested in confirming whether God exists or not. The great religions that have primarily given us the concept of God form the core of civilizations, and this newly-awakened curiosity due to the clash of civilizations is driving humanity to study this core afresh.

Providentially, the present time is undisputedly crucial for giving serious thought to the study of a fresh and alternative source of information. Each decade is witnessing a further quickening of the already dizzying speed of our progress. Men have started tinkering with processes in which the interactions are still not fully known or anticipated. One wrong step, however small, in researches on nascent subjects like genetics, artificial intelligence or manipulation of weather machines, would leave very little margin of error for any rectification in the future. The development in knowledge has also reached a threshold where the boundaries between physics and metaphysics are dissolving. No query is now considered off-limits for scientific investigation. In such a scenario, if we discover an alternative source of information, which can open the cosmos for us and guide us in our endeavours to make this world a better place, it would definitely be a big HELP to humanity, apart from generating peace and amity in the diverse global communities.

Preview of the book is available at

The book provides unusual but specific information and your feedback is important for us.
Linguists can analyze the meanings of words critically and scientists of various disciplines can identify the content accurately.
Please preview the book first. If you find it interesting and worth your time, contact the author/researcher directly - jamsheda (at) hotmail.com.

The book is available

For bulk orders at concessional rates, please send a mail to - oriolepublications (at) gmail.com

Amazon Kindle in US and all International markets